India's telecommunication network is the second largest in the world by number of telephone users (both fixed and mobile phone) with 1.179 billion subscribers as on 31 July 2018. It has one of the lowest call tariffs in the world enabled by mega telecom operators and hyper-competition among them. As on 31 July 2018, India has the world's second-largest Internet user-base with 460.24 million broadband internet subscribers in the country.[2] As of 31 December 2018, India had a population of 130 crore people (1.3 billion), 123 crore (1.23 billion) Aadhaar digital biometric identity cards, 121 crore (1.21 billion) mobile phones, 44.6 crore (446 million) smartphones, 56 crore (560 million or 43% of total population) internet users up from 481 million people (35% of the country's total population) in December 2017, and 51 per cent growth in e-commerce.

Major sectors of the Indian telecommunication industry are telephone, internet and television broadcast industry in the country which is in an ongoing process of transforming into next generation network, employs an extensive system of modern network elements such as digital telephone exchanges, mobile switching centres, media gateways and signalling gateways at the core, interconnected by a wide variety of transmission systems using fibre-optics or Microwave radio relay networks. The access network, which connects the subscriber to the core, is highly diversified with different copper-pair, optic-fibre and wireless technologies. DTH, a relatively new broadcasting technology has attained significant popularity in the Television segment. The introduction of private FM has given a fillip to the radio broadcasting in India. Telecommunication in India has greatly been supported by the INSAT system of the country, one of the largest domestic satellite systems in the world. India possesses a diversified communications system, which links all parts of the country by telephone, Internet, radio, television and satellite.

Indian telecom industry underwent a high pace of market liberalisation and growth since the 1990s and now has become the world's most competitive and one of the fastest growing telecom markets. The Industry has grown over twenty times in just ten years, from under 37 million subscribers in the year 2001 to over 846 million subscribers in the year 2011.India has the world's second-largestmobile phone user base with over 1157.04 million users as of July 2018.

Telecommunication has supported the socioeconomic development of India and has played a significant role to narrow down the rural-urban digital divide to some extent. It also has helped to increase the transparency of governance with the introduction of e-governancein India. The government has pragmatically used modern telecommunication facilities to deliver mass education programmes for the rural folk of India. According to London-based telecom trade body GSMA, the telecom sector accounted for 6.5% of India's GDP in 2015, or about ₹9 lakh crore (US$130 billion), and supported direct employment for 2.2 million people in the country. GSMA estimates that the Indian telecom sector will contribute 4.5 lakh crore (US$210 billion) to the economy and support 3 million direct jobs and 2 million indirect jobs by 2020. 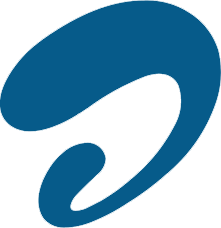